January 5, 2022 by Gaming accessories No Comments 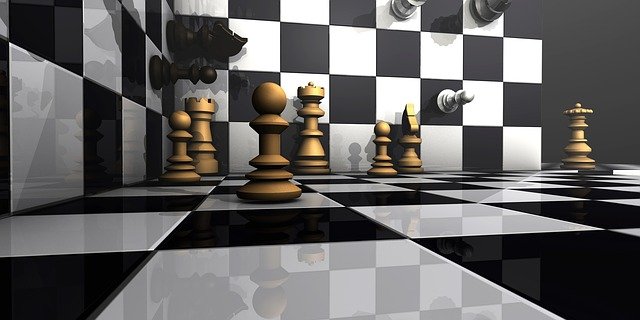 IOGEAR is introducing a while range of computer and smartphone peripherals at CES 2022. Among the many accessories announced today, there are some gaming-focused accessories including the “world’s first” gaming KVM (keyboard, video, and mouse) switch. It also announced new docks, chargers, a new capture card, and more.

Starting with the gaming-focused accessories, there’s the KeyMander Nexus, the aforementioned gaming KVM switch. If you’re not familiar with them, KVM switches allow you to share monitors, audio output, and a keyboard and mouse between different devices. You can connect multiple computers and even a console to the KVM, and have them all use the same peripherals.

The KeyMander Nexus lets you connect multiple game consoles, like the Xbox Series X|S, PlayStation 5, or Nintendo Switch, plus a high-end gaming PC. You can use a keyboard and mouse to control your consoles, or use controllers from one console with a different one, for example. Plus, there’s an Android and iOS app that lets you configure custom key mappings and macros. For video, it supports 4K video at 60Hz with the HDMI 2.1 port, plus it has a built-in DAC for enhanced audio. This will launch in Q2 2022 and cost $199.95.

For streamers and content creators, IOGEAR also announced the UpStream Game Capture Adapter with Party Chat. This is a game capture box that supports up to 4K 30Hz video capture with the USB Type-C port, plus 4K 60Hz HDR, or 1440p at 144Hz and 1080p at 240Hz passthrough, so you can still play your games smoothly or at high resolutions. It also comes with a party chat recording feature for PlayStation 5 and Xbox consoles. It will launch in March 2022 and cost $199.95.

Rounding out the gaming accessories, IOGEAR also introduced a couple of keyboards at CES 2022, the HVER Stealth and the MechLite Nano. The HVER Stealth is a full-sized gaming keyboard with brown mechanical switches and per-key RGB lighting. It features a “toned down” cosmetic design so it’s not overly flashy. It includes programmable keys and full N-key rollover, and it costs $69.95.

Meanwhile, the MachLite Nano keyboard is a compact 60% keyboard, featuring linear red switches and per-key RGB lighting. The keycaps themselves come in two different colors, and the keyboard also includes a volume control knob for on-the-fly adjustments. It can be connected via Bluetooth with up to three devices, plus it supports wired USB-C connectivity. This will cost $79.95, and both keyboards will launch in the first quarter.

Rounding out the video accessories, there’s the UNIKOMM gaming headset. It’s a wired headset with 50mm drivers that promises “immersive highs and powerful bass”. It has a built-in boom mic, and it uses a single 4-pole connector or you can use the included Y-splitter for PCs with separate audio jacks. This will launch on Q1 2022 for $29.95.

Moving on to other accessories, IOGEAR introduced new range extenders for video signals at CES 2022, which are quite interesting. First, there’s a “long range” wireless splitter/receiver set (GWLRSSKIT4K). This allows you to connect one or multiple PCs to the transmitter, which can then wireless transmit the video signal to the receiver, which you can connect to a monitor, as well as a keyboard and mouse. You can connect up to four transmitted to a receiver, or vice versa, so you can either be sending a signal to different displays or connecting multiple inputs to the same display.