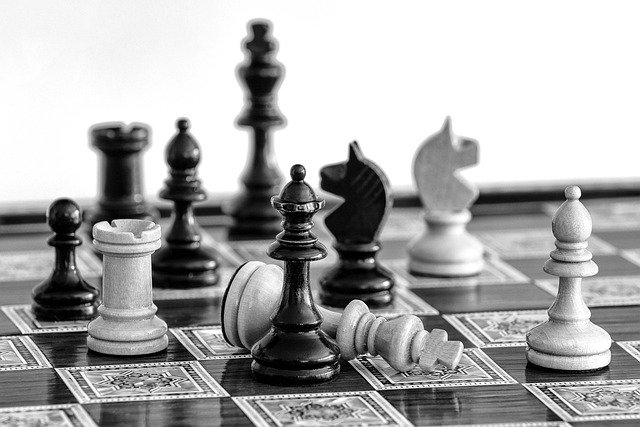 The game at hand is Sagrada and the assembled players, Marlon Jaribay and UGA students and faculty Mark Miller, Genevieve Vianey and Truitt Broome, pass the tray around the table and use the dice to construct elaborate stained glass windows.

Gatherings like this are a common occurrence, as the shop seeks to establish itself as a community gaming center in Athens and join the ranks of Tyche’s Games just off UGA’s campus and Dragonstar Hobbieson the East Side.

While the shop officially opened its Athens location on Oct. 28, 2021, it didn’t finish installing its community gaming space until 2022.

The store is a satellite location to the Level Up Games flagship store in Duluth. It specializes in selling tabletop games, board games and card games, along with model kits and other accessories. However, that’s not its only purpose.

“We have a Discord set up where we encourage community interaction and community activity for anyone who wants to to come in and to look for others to play with or people to interact and join a game,” said Jared Johnson, manager of the Athens location. The store employees want the shop to serve as a community game center.


Johnson said so far the store hosts a weekly board game night and scheduled events for card games like Magic the Gathering and war games like Warhammer 40K. The board game nights at Level Up Games are “bring your own board game,” though the shop’s staff often provides their personal games for guests to play as well.

Other game shops around Athens also emphasized the importance of serving as gathering places for people who share a common interest.

“[Local game shops] serve as a meeting place for people and a chance to, you know, get in touch with other people who share the hobby,” said Sean Holland, manager of Tyche’s Games.

Like Level Up, Holland said Tyche’s Games seeks to connect people through their Facebook page and Discord server.

“We try and provide forums for people to get in touch with gamers and build community because that’s really one of the things we want to do,” Holland said. “Building community is a good in and of itself.”