Speaking out: Real estate is all funds and games – Bismarck Tribune 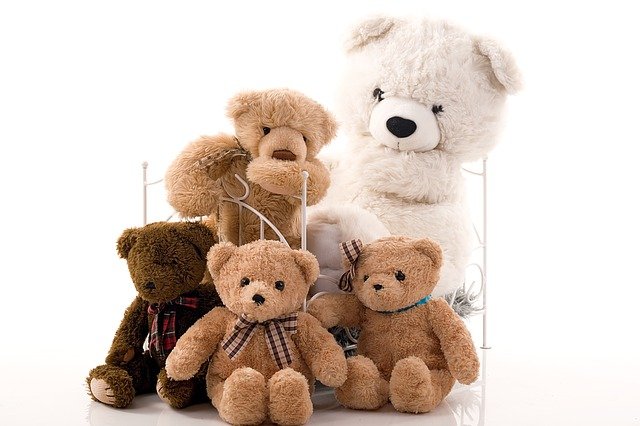 I have been a homeowner many times over. There was the Fisher Price Loving Family dollhouse with pink trim and baby blue shingles. Family videos show toddler-me dragging my baby sister by the ankles to prevent her from reaching my carefully placed configuration of figurines.

Later, my grandpa bought us a delicate, “real” dollhouse with a fragile wooden staircase and Victorian tiny furniture. It was meant to be shared between the six of his granddaughters, but it was clear that I was the most aggressive when it came to taking turns with the miniature tableau. My sisters played “house” endlessly in the guest room, assigning one another adult roles, but I was much happier laying on the floor in front of the dollhouse — an all-powerful adolescent giantess, moving accessories into perfect positions with deliberate jabs of my fingertips.

As a child of the ’90s, I had an abundance of plastic real estate. The Sesame Street playset, scores of Polly Pockets, off-brand palaces, all shrunk down to different scales. Obviously there were Barbies. They lived in the space below the upright piano. The piano was out of tune and painted a garish aqua color, but it was in a great school district (Skipper went to school under the piano bench). Next, they moved to a loft apartment on the top of the 1970s basement bar. Finally, a cousin of an earlier generation passed down the house her father had built for her in the ’80s. The three-bedroom, one-bath abode, with Strawberry Shortcake stickers adhered to the exterior, was the perfect starter home.

But the housing market was altered the day Cody M. brought his Show & Tell in fifth grade. “This is my brother’s game. It’s called The Sims. You build houses and live in them on the computer.”

When I finally got a copy of the game, I was transfixed. This was the dollhouse of the future. You could build a house from scratch and fill it with virtual furniture. There were stressors too. You had to remind your characters to eat, sleep, and clean up after themselves. The salaries my Sims brought in weren’t great (I was 10, I’d never had a job, I don’t know how my Sims found employment). They were pixelated and poor. Bootstrap theory promised that if I remained steadfast, I could help my Sims attain a virtual mansion, one click at a time. Which was noble, but boring. The only way to really start having fun with the game was to use cheat codes. Within the program, developers had created secret phrases that would allow players to get ahead faster.

The middle school rumor mill finally gave me the cheat code for unlimited Sims money. The phrase was “Rosebud” (a “Citizen Kane” reference in a kids game? It seems heavy, but 9/11 and the 2008 recession were the bookends of my adolescence, so an Orson Welles nod was actually fairly apt). With “rosebud” my Sims could buy a bigger fake house full of fake things that fed the fake happiness meters that hovered above their fake heads.

There are cheat codes in real life. Maybe you were born into a family with access to rosebuds. Or your brain functions in a linear, typical way and you don’t have, or are able to ignore, the impulse to quit a boring but stable job. Maybe you met your soulmate or at …….